Although at heart dealing with photography and photographic objects, my practice strays far from what most people would consider the typical output of the medium. In the words of one critic, it instead operates at the “tipping point, beyond which our frame of reference if forced to change”.

The sculptural strand in particular developed from my engagement with the spatial and material qualities of photographic surfaces and objects, which increasingly led me to using photographs as 'stuff'. Earlier works sought to create objects where neither image nor form would dominate. They touched on my interest in the relationships—often one of complicity—between photography, architecture, modernism, and postmodernism.

In the site-specific installations, consisting of creased life-size prints of the very walls in front of which the works are suspended, the image itself becomes a 'non-event', a non-mystery. The ‘subject’ of the picture is immediately accessible to the viewer anyway and thus short-circuited. As the matching operation quickly exhausts itself, what’s asserted is the sculptural quality of the print, the materiality of the photograph as an object, and its interaction—or rather even co-dependency—with the exhibition space, further accentuated by the subtle swaying of the piece with the movement of the air around it.

My most recent photosculpture and mixed-media prints are best understood as looking at how photography can give rise to form that subsequently becomes autonomous, and at what happens when prints, instead of being content-bearing surfaces, start serving as mere substrates for further activity and gestural expression. 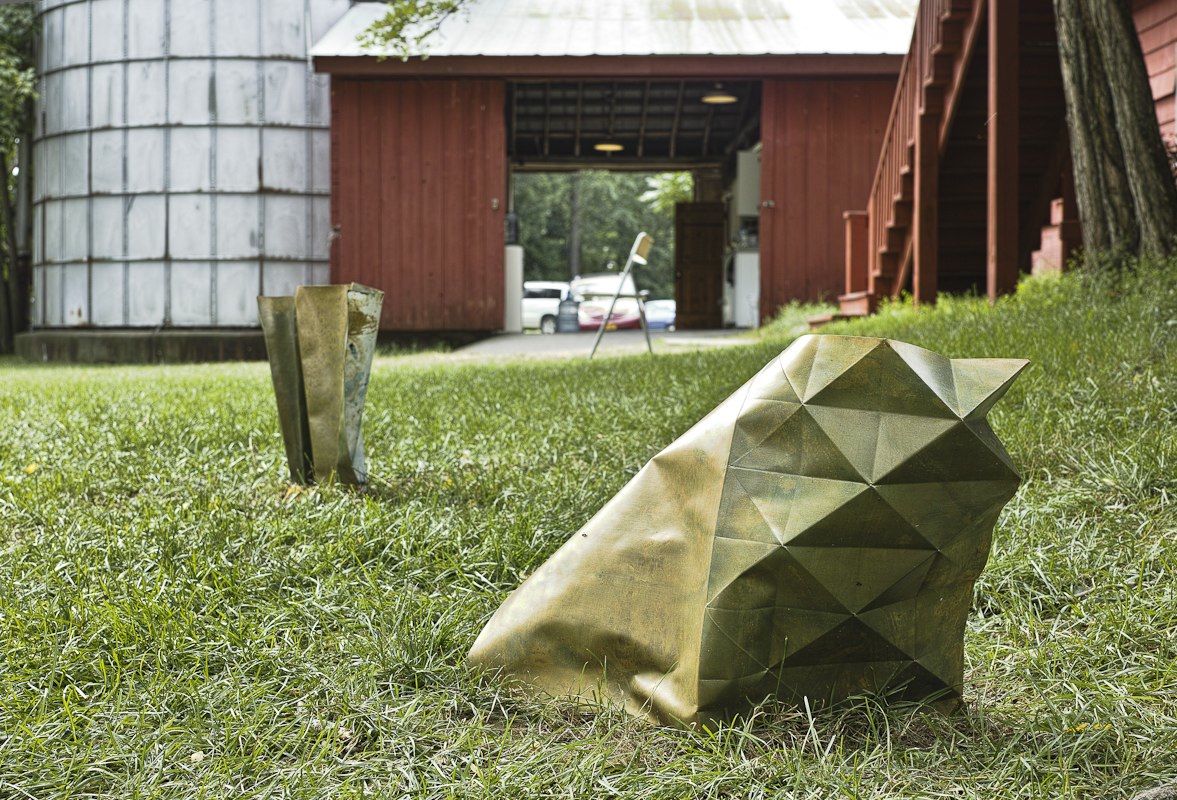 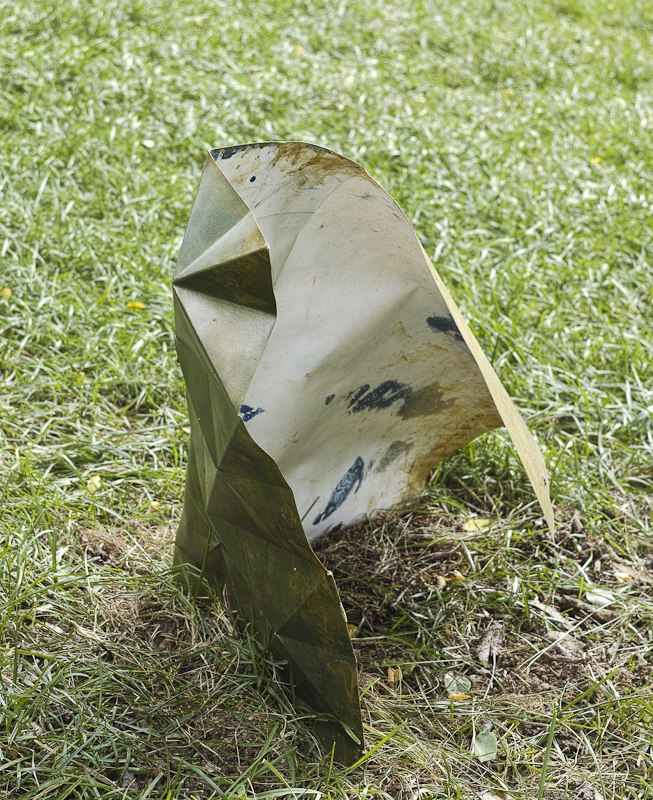 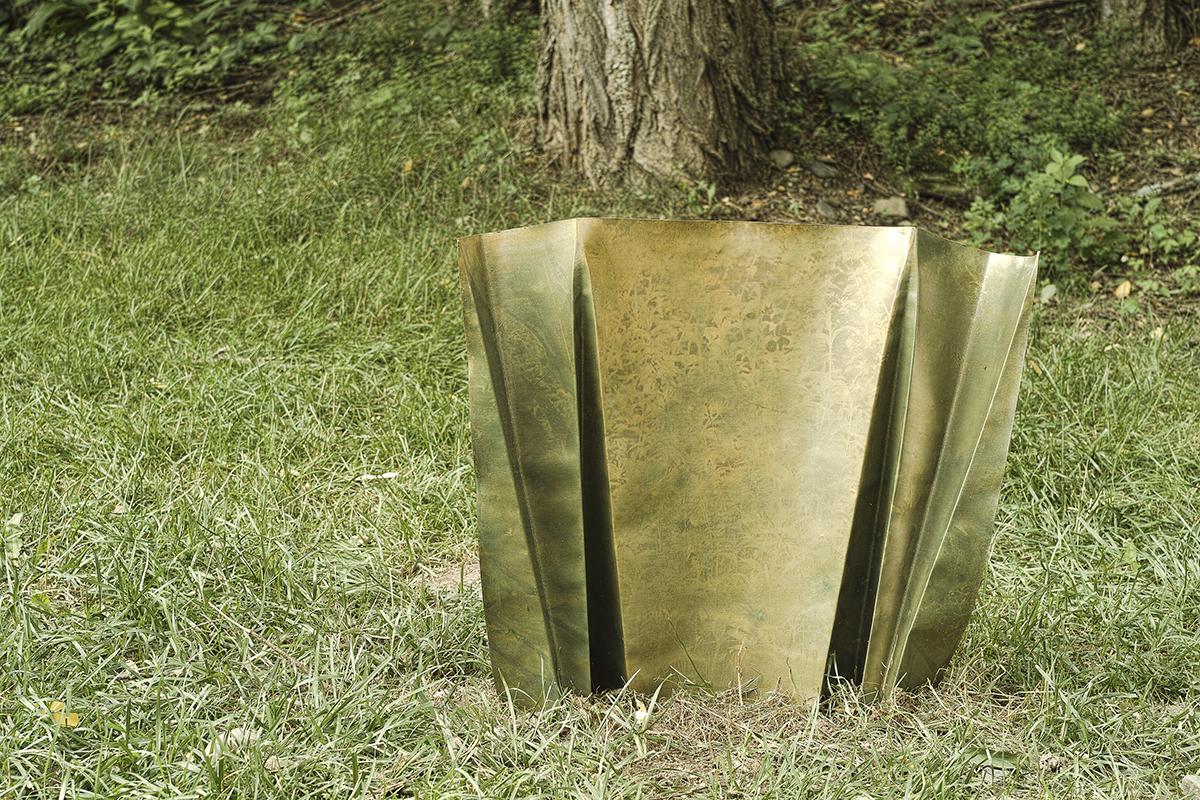 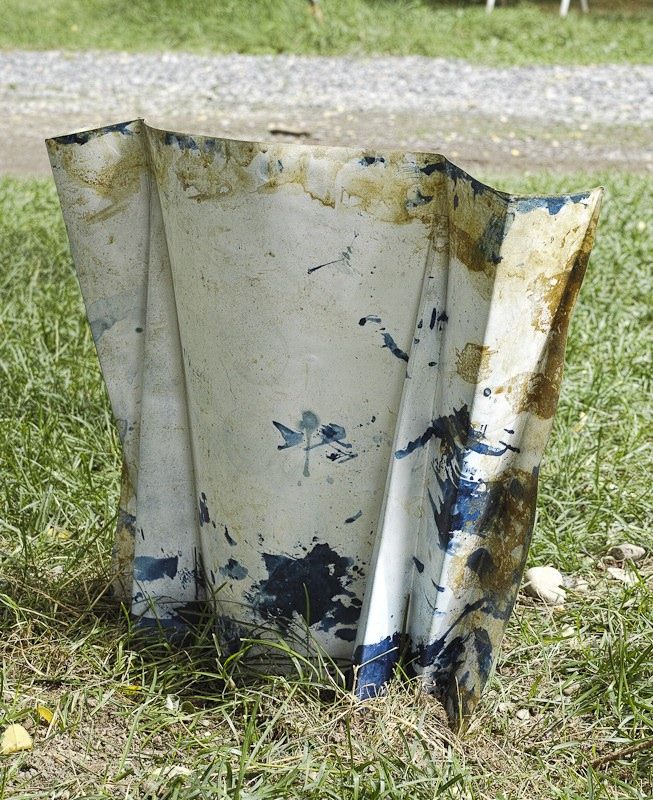 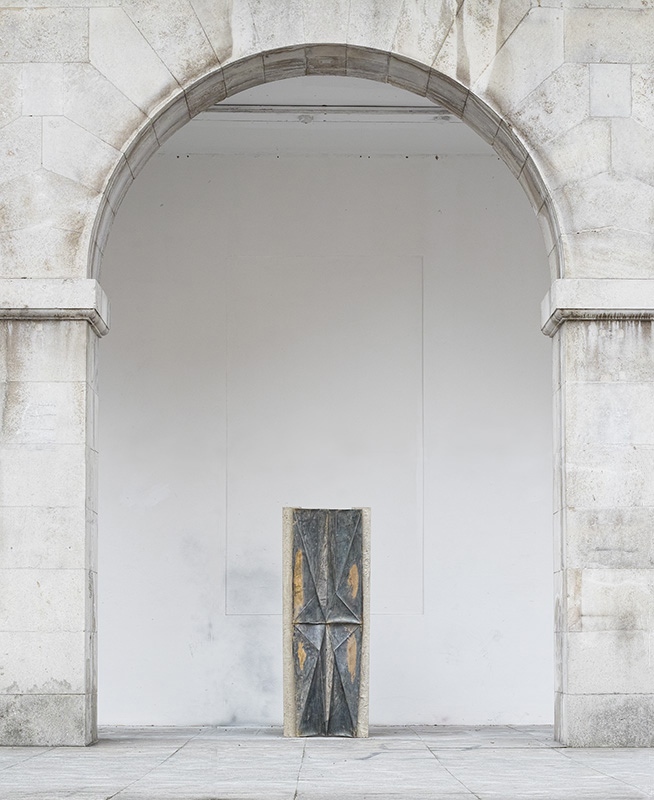 [photo has been edited to remove railings] 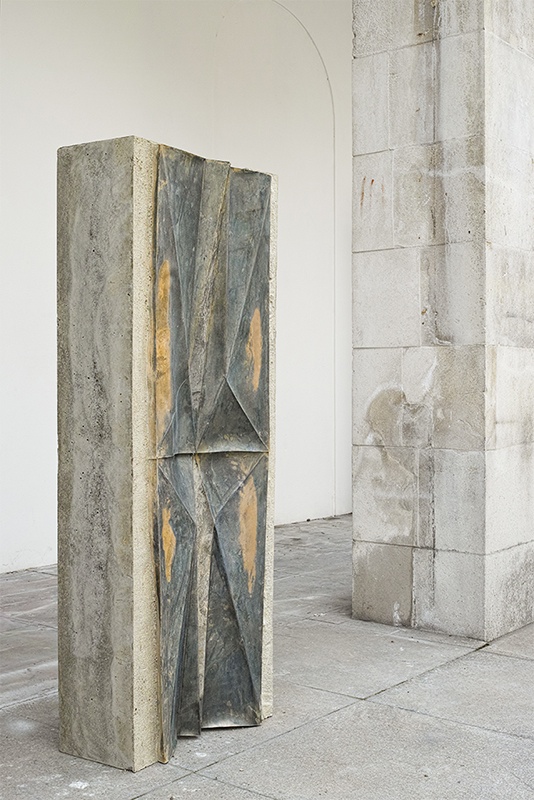 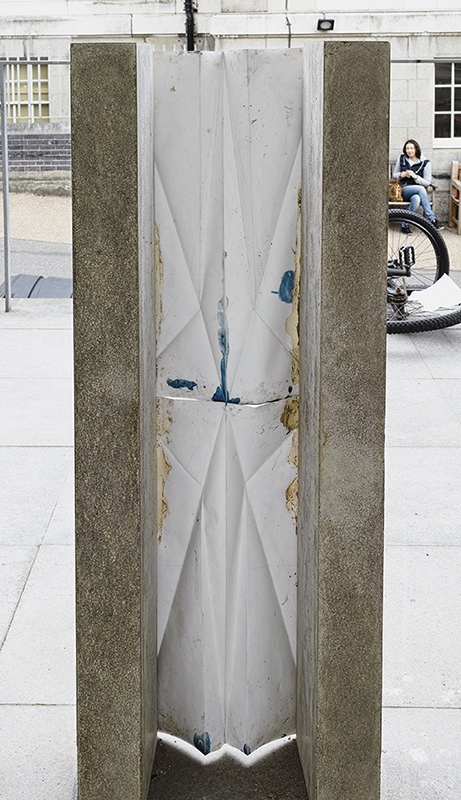 In Awe of Superficial Things

This installation view is available as a Limited Edition print. 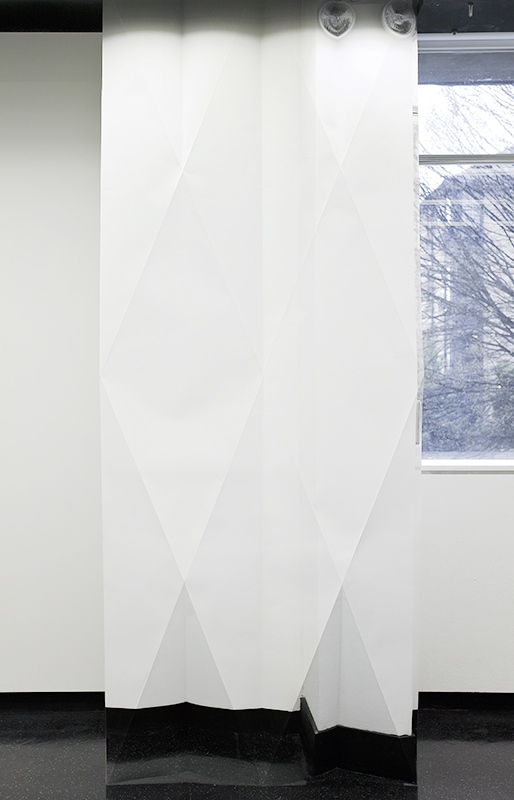 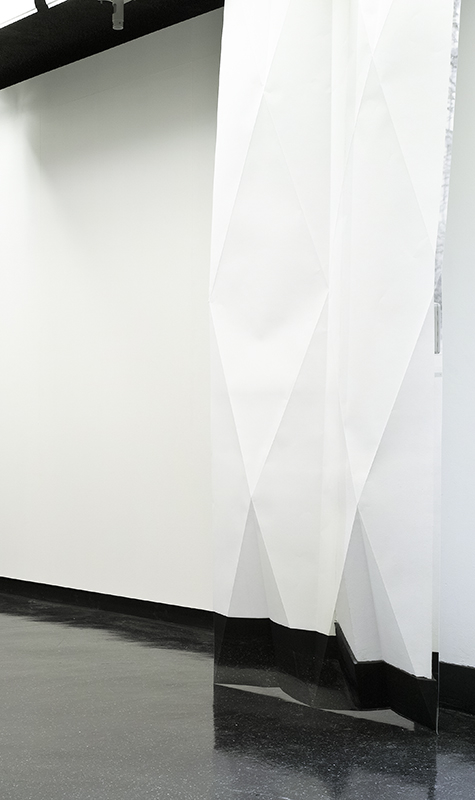 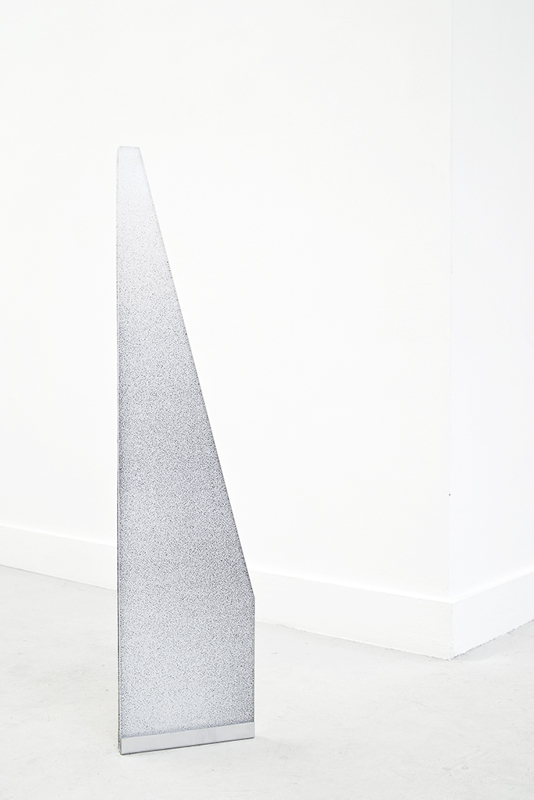 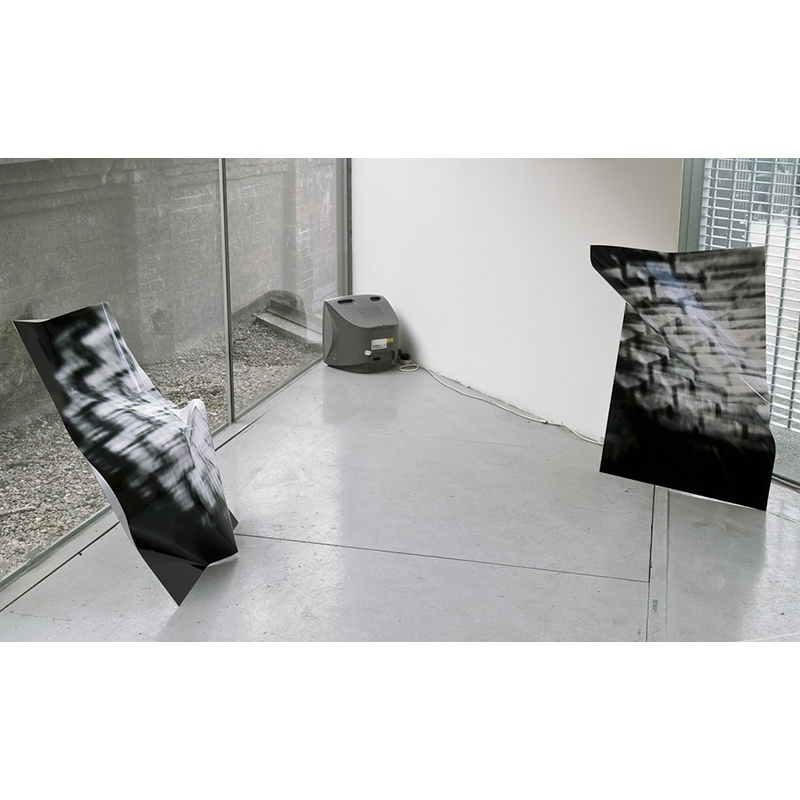 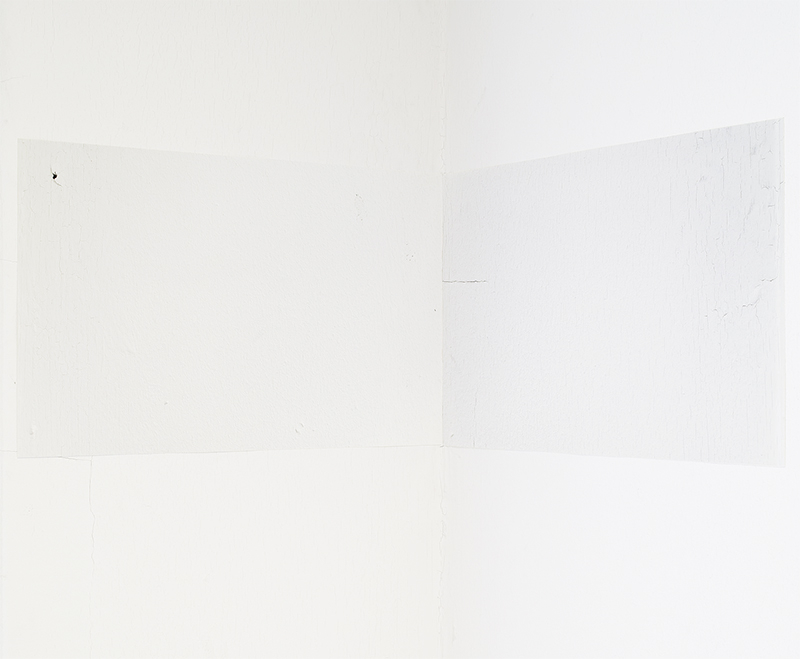