In this series, I explore money as an abstract concept that we often confuse with its tangible representation – banknotes.

Fredric Jameson describes how in late capitalism money became one step further removed from means of production through financial instruments, i.e. it became an abstraction of itself. Also, in his seminal essay The Work of Art in the Age of Mechanical Reproduction, Walter Benjamin points to coin minting, i.e. money making, as the first example of mass reproduction of art. Money has always been a fecund subject for the arts, but, in the wake of the financial meltdown sweeping the world economy, a contemporary interpretation is all the more pertinent. That’s all there is left to do really – with whatever is left.

The prints are derived from actual banknotes, whose value however is exposed as fictitious and undermined through enlargement, color shifts and layering. It is worth noting that these are not scans as many are quick to assume. In fact, scanners have built-in anti-counterfeiting safeguards.

These images are both celebrations and condemnations, totems and tombstones. They also make the ultimate meta-exhibition. Let’s face it, in the contemporary art world it was only a matter of time before money itself would be put on the walls. 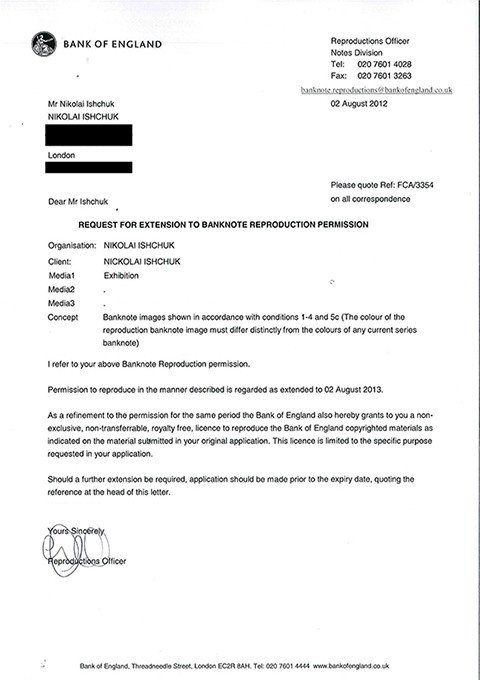 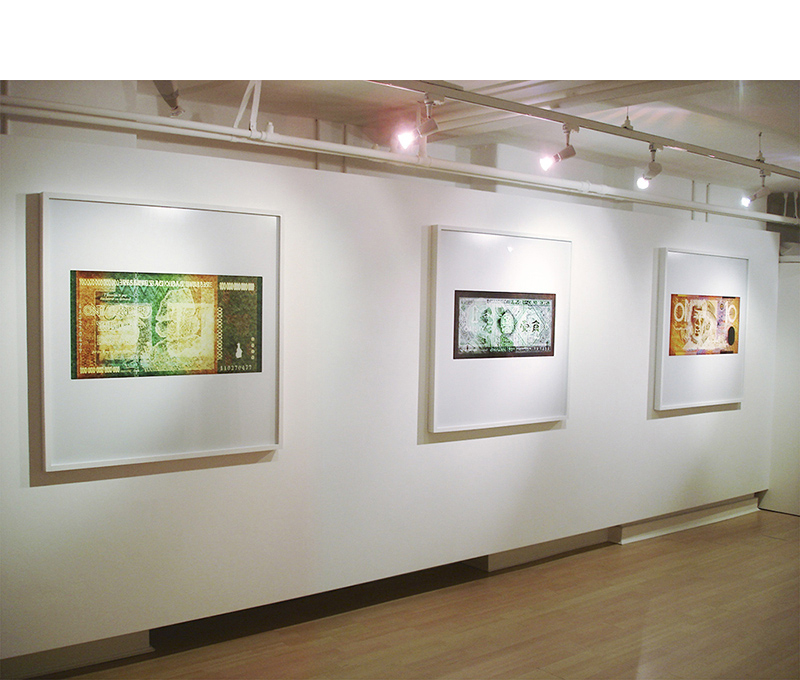